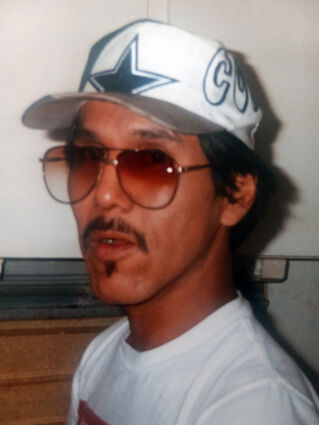 A celebration of life for Mark Stevens was held Sept. 18 at the Haines ANB/ANS Hall.

Mark Alexander Stevens was born in Juneau to Margaret and George Stevens of Klukwan on Oct. 14, 1956. He worked as a logger on Long Island and a longshoreman in Haines and lived in Klukwan until moving in 1996 to Juneau, where he worked aboard fishing boats and as a janitor for hotels. He also worked as a mechanic.

"He loved fishing in Klukwan and always was finding ways to make things easier," family members wrote. "He loved filling the smokehouse with salmon and sharing his finished product."

Stevens was of the village's Thunderbird House. His Tlingit name was Shaxgwiena.

He was preceded in death by parents Margaret and George Stevens and by siblings Toni and Terese, George Jr. "Tiger" Stevens, and James "Jimbo" Stevens.

A burial beside his parents' graves in Klukwan is planned.