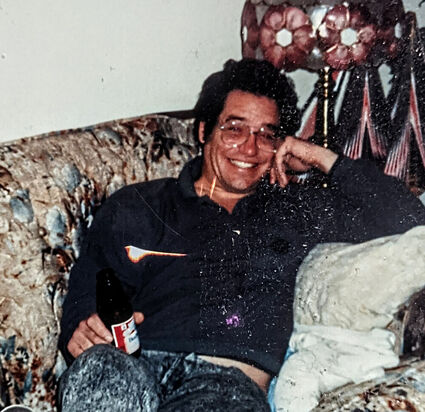 Mike Bridge of Kenai Walked Into the Woods on August 5, 2022. Michael was the youngest child and only son of Rose Alice "Babs" McDonnell and John Withrow Bridge. He was born in Anchorage in 1956. His sister Suzanne wanted him named for a grandfather. But in keeping with the family tradition of passing on the mother's maiden name, he was named Michael McDonnell Bridge. When he was 5 months old his father declared Anchorage was getting "too damned big" and the family moved to Haines, where John had lived in the 1930s. Michael attended Haines Public School K-12. When the family returned to Anchorage in 1971, he attended Central and Wendler Junior Highs, and graduated from East Anchorage High School in 1975.

He worked at several jobs and traveled, returning to Anchorage upon his father's illness and passing. He then moved to Kenai to attend Kenai Peninsula College, graduating with a degree in Petroleum Technology in 1982. The smaller community was a good fit for him, and he developed several long standing friendships. After graduation, he found a career in the oil and gas industry, with experiences in commercial fishing. During the later years he joined the Insulators Union as a journeyman and enjoyed several positions mentoring others.

Michael excelled academically in school and participated in several sports including football and his favorite, basketball. During his childhood in Haines, he enjoyed fishing from the Tank Farm beach, spending time at the family's remote cabin learning "bush living skills" from his father, and made a genuine sport harassing his older sisters.

Michael was always close with his immediate family members, particularly Colleen, closest in age, with whom he shared many memories of their early lives in Haines. In adulthood he enjoyed the outdoors, particularly fishing, and sports. A fan of the Seattle Seahawks and Mariners, he also watched documentaries, Gavel to Gavel (live Alaska Legislature), continued to read prolifically, and to pontificate at will on most subjects. He returned to the beach in Kenai, walking and exploring, and teaching daughters Ashley and Denali the art of finding agates.

Michael was recovering from Covid 19 at the time of his death, ruled a sudden cardiac event ("heart attack"). As he told Ashley, "if you write my obituary, just say he liked sports and drinking beer." The day before his passing he remarked to Denali that he lived "within walking distance of world class fishing".

A Celebration of Life, hosted by Dan Navarre, will be held Sunday September 18, 4:00 p.m. at Paradisos Restaurant in Kenai.

Condolences may be sent to Ashley Bridge PO Box 1664 Kenai 99611 or Colleen Bridge PO Box 231087 Anchorage 99523. In lieu of flowers, contributions may be made to defer final arrangements.