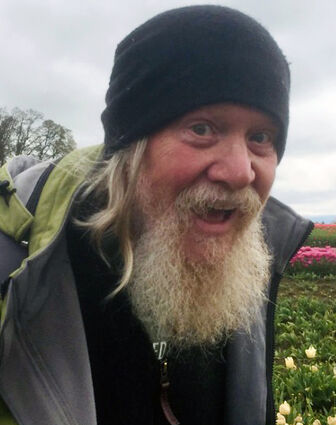 A celebration of life for former Haines resident Fred Weiler will be held July 30 at the Grange Hall in Spring Water, Oregon. Weiler, 56, died June 12 after suffering a heart attack.

Weiler worked for AP&T, commercial fished, drove a cab and started a family in Haines between 1993 and 2000.

He lived in Juneau 14 years and moved to Oregon in 2014 where he and wife Dayna started farming on 45 acres in Estacada, raising cows, pigs, sheep, chicken, turkeys, ducks and geese. Weiler is survived by Dayna and by their four children, Zane, Quade, Scottie and Townsend.

Dayna teaches at a Montessori school and said she plans to keep the farm.

Cards and remembrances may be sent to 24531 S. Wailens Rd., Estacada, OR 97023. Frederick Lee Weiler Jr. was born in Oregon City, Oregon.