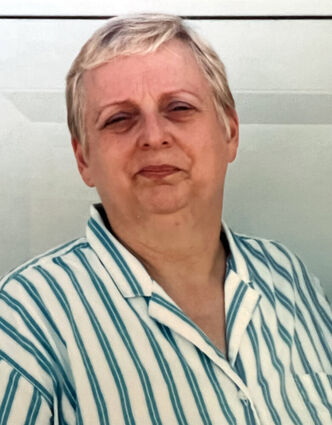 Peggy Ormasen, who worked for decades at L.A.B. Flying Service, died Feb. 23 of heart and kidney ailments in Renton, Wash. She was 77 and had been living in the Lower 48 several years to receive medical treatment.

Ormasen had family ties to the airline industry. Born Peggy Susan Freed in Kansas, Ormasen was one of four children of John and Agnes Freed, who moved their family to Southern California where John became a mechanic for McDonnell Douglas aerospace company and Agnes worked as a legal secretary for Hughes Aircraft Company.

Peggy attended Western High School in Anaheim and was working as a car-hop at a drive-in when she met Walt Ormasen, a police officer. They married and started a family, moving to Alaska in the 1960s.

The family lived in Ketchikan and Juneau – where Walter worked as a policeman and state trooper respectively – before settling in Haines permanently around 1970.

Daughter Susan Bennett said her mom worked more than four decades for L.A.B, a regional airline based in Haines that eventually boasted around 50 aircraft and dozens of pilots. Ormasen worked as the airline's vice-president of marketing and sales.

Ormasen also served for decades as a member and officer of the Haines Alaska Native Sisterhood Camp #5. Carol Lawrence, secretary for Haines camp, said Ormasen brought a can-do attitude to her service, which included working by computer after her declining health forced her to live in the Lower 48.

"She was our Number One sunshine lady. She was always so positive. Her contributions were so full of love and beauty. She managed to do beautiful things on the computer before any of the rest of us figured it out," Lawrence said.

Civic-minded, Ormasen was active in the local chapter of the Business Women's Professional Association as well as the Alaska Visitor's Association. She attended Port Chilkoot Bible Church.

Patricia Blank lived next door to Ormasen for decades and remembered Peggy and Walt's enjoyment of riding motorcycles together.

"Peggy was a good neighbor and an excellent gardener. We both had greenhouses. I'd be working in my greenhouse and we would chat across the fence. She died way too soon," Blank said.

Peggy Ormasen is survived by daughter Susan Bennett of Renton, Wash. and by son Marc Ormasen of Haines; by brothers David Freed of Cypress, Calif., Bill Freed of Ahwahnee, Calif., and Bruce Freed of Snohomish, Wash., and by grandchildren Kyle, Brittany, Conner and Breanne Bennett, all of Renton, Wash.

Her remains will be interred with those of husband Walter Ormasen at Tahoma National Cemetery in Kent, Wash.