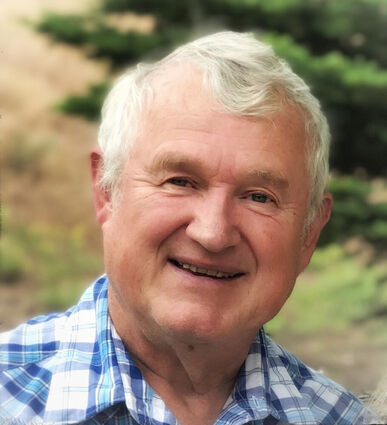 Randy Smith, a colorful construction engineer, surveyor and contractor who worked on Haines projects during the oil boom, died of a heart attack near his home in Darby, Montana on Jan. 16. He was 71.

A summer job as a teen-age mule-skinner on guided hunts in Montana and Idaho imprinted on Smith, who dressed in Western wear and kept horses and livestock while traveling around Alaska and the Lower 48 working construction jobs.

His life's adventures included getting pinned beneath a horse that had fainted at the sight of a wildcat and attracting the attention of a talent scout looking for the "next Marlboro man."

"He lived a large life and was larger than life to many people," said daughter Jade Scheele. "He just absorbed life. He could attack any project with brains or brawn."

Born Aug. 6, 1950 in Missoula, Mont., Smith was one of eight children of James Smith, an engineer, and wife Florence, a school teacher. The family relocated to Alaska in 1969. Smith attended college for several years before enlisting in the U.S. Marine Corps from which he was discharged after suffering an injury in training.

Smith came to Haines in the early 1970s with Clark and Groff engineers, working on the city's water and sewage treatment plants. He later formed his own construction company, Smico, building sidewalks and parts of Tlingit Park and restoring the Billy Moore cabin in Skagway.

Smith bought a 48-foot wooden motor cruiser Capella, once owned by the boxer Jack Dempsey, that he used as a floating office and supply boat for projects in Juneau, Petersburg, Wrangell and Pelican.

Brother Larry Smith, an electrical engineer who served on the Haines City Council in the 1980s, said the boat was his first home in Haines, living on it while building a home in Highland Estates.

Smith joined with Robert "Bobby" Gilman to create Gilco, a construction company that worked statewide and gained nationwide attention when it used Alaska bypass postal rates to fly 5,000 85-pound concrete blocks to the Arctic Ocean village of Wainwright to build a boat launch.

The shipping was legal but attracted national news stories as the post office paid $90 for each brick shipped while Smith's company paid $7. Larry Smith said the story was largely at odds with his brother's career as Smith often was more concerned with doing a job well than making much money on it.

Randy Smith met country music star Paulette Carlson on a state ferry trip following a tour of Alaska. They married in 1989 and lived in Nashville before relocating about 25 years ago to south of Darby.

Smith was a history buff and storyteller who strongly believed in personal responsibility and accepted his life achievements as well as his own shortcomings, family members said this week.

In a recent family video, Smith said: "Things are looking pretty cool. Somewhere along the line, I'll probably be out in the bush and kick the bucket, and things will be okay. I'd rather do that than die in front of the television."

Said daughter Scheele: "He was at peace with what was coming. That was the hardest part to swallow because we didn't want him to go."

A memorial service and reception were held Jan. 21 at Daly-Leach Memorial Chapel.