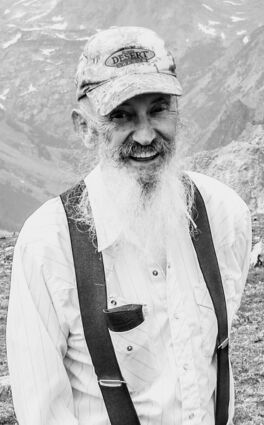 Michael Rooney, 88, passed away in his home of natural causes with his family in attendance on August 28, 2021 in Haines, Alaska.

Mike was born to Clark Patrick Rooney and Florence Louise Henderson in Minneapolis, Minnesota on July 24, 1933. He graduated from Spartan School of Aeronautics, Tulsa, Oklahoma in 1953 with a degree in meteorology. Promptly upon graduation, Mike moved "Out West" to Laramie, Wyoming where he resided until 1968 when he moved his family to Haines, Alaska. The family (Mike, Patti (wife), and daughters, Michelle and Cheryl) lived on Soapsuds Alley when Mike's son, Sean, was born in 1969. Mike worked at the Jones Point sawmill for Alaska Forest Products and briefly for Schnabel Lumber Company before moving to Cody, Wyoming where he lived for 45 years. He worked at Cody Lumber for over 35 years as head-sawyer.

Mr. Rooney's well-balanced life philosophy was influenced by his Christian faith and a love for Henry David Thoreau. He was devoted to spending time in the outdoors backpacking, hiking, and hunting in the backcountry of northwest Wyoming. Landscape and wildlife photography were great loves for Mike. September and October days were spent photographing bugling elk, and winters were filled capturing images of head-banging Bighorn Sheep. His children remember him fondly for teaching each of them how to belly-crawl through prickly-pear on the windy Wyoming prairie stalking antelope.

Mike's children remember him as a man who taught a strong work ethic through example. He was not a rich man in terms of material possessions, but was invariably charitable in helping meet the needs of the homeless and hungry. Mike was a quiet man who, in the words of his son, Sean, "didn't feel a need to fill up space with jabber." He spent his last two years with son-in-law and daughter, Robin and Cheryl Stickler in Haines.