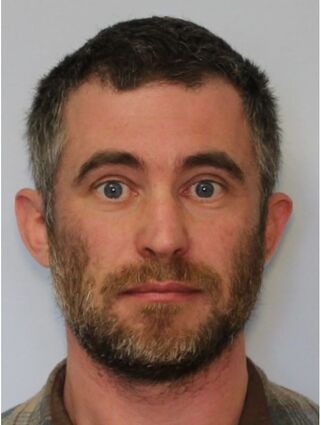 He made an initial court appearance in U.S. District Court in Idaho in July, where he was detained without bail pending his return to Alaska. If convicted, he faces a mandatory minimum penalty of 15 years imprisonment, and a maximum penalty of 30 years in prison.

Panagioutou-Scigliano has also been charged with eight crimes associated with the sexual abuse of three children in Bonner County, Idaho, according to the Bonner County Daily Bee.

Panagioutou-Scigliano and his wife moved to Haines in 2015 from Idaho. After moving to Chilkat Lake, he arranged for several of the underage victims he had been grooming in Idaho to visit him in Haines, according to federal court documents.

Haines Police assisted Idaho authorities in apprehending Panagioutou-Scigliano in September 2020 on an arrest warrant where they were able to search his cabin and computer. He waived extradition and was transferred in custody to Idaho where he was later released after paying bail. Panagioutou-Scigliano was indicted by an Alaska grand jury in July 2021. He was arrested in Idaho on July 23, 2021.

The FBI believes other victims have yet to be identified and is asking the public for any information. People with information can call the FBI field office in Anchorage at 907-276-4441.

Panagioutou-Scigliano goes by other aliases including Christopher Sturni and Christopher Cherry.

Covenant Life Center resident Leonard Banaszak wrote in a paid commentary published in the CVN last year that he and others in their community knew him as Chris Sturni. Through a church connection, Panagioutou-Scigliano asked if he and his pregnant wife could live in their travel trailer on Covenant Life Center property through the winter. He then bought property at Chilkat Lake and moved there with his wife.