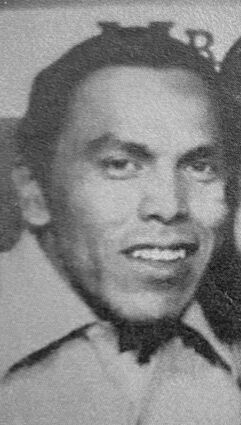 A funeral was held Saturday at the Haines ANB Hall for Fred Phillips. Phillips, who grew up in Haines and lived most of his years in Juneau, died of cancer at Bartlett Regional Hospital in Juneau on July 14. He was 82.

Phillips served for decades in the Army National Guard, worked various jobs and operated garages including "Fred and Dolly's Automotive" in Juneau at the present site of the Sealaska Building, brother John Phillips said.

Fred played guard on a Juneau basketball team and played in the Old-Timers Tournament in Juneau. "He loved going to watch Gold Medal and high school basketball," his brother said.

Fred Phillips trained to be a minister in Juneau and ministered at Juneau's Wildflower Court. "His beautiful smile, sense of humor and loving hugs will be missed dearly," family members said.

Phillips is survived by brothers Paul Phillips, Eli Phillips and John Phillips, all of Juneau; by sisters Vivian Taylor of Anchorage, Flora Beierly of Juneau, and Nancy Cimmino of Billings, Mont., and by many nieces and nephews.

He was preceded in death by parents Eli and Daisy of Haines; wife Dolly; son Jimmy; sisters Virginia Kinsey of Sitka and Pauline Case of Haines; brothers Howard Phillips of Juneau and Milton Phillips of Anchorage, and by five infant brothers.

Fred Phillips was buried at Jones Point Cemetery beside his parents.