Lawson, Army and law enforcement veteran, dies of COVID-19 at 48 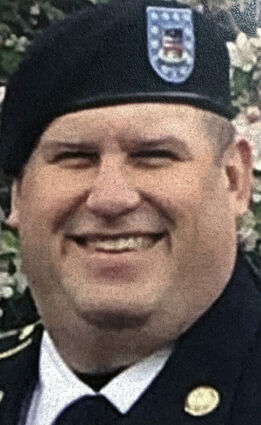 Robert Lawson, who grew up in Haines and served eight years as an Alaska state trooper, died of COVID-19 at a Minot, North Dakota hospital on Nov. 24, 2020. He was 48.

"He was very good. He was kind and helpful. He loved his country and he loved his kids," said his mother Debra Sanderson of Sawyer, North Dakota.

Robert Thomas Lawson was born in Minot on Nov. 2, 1972. He moved to Haines as an infant with Debra and father John Lawson, who worked at the U.S. Customs Station at 42 Mile. Debra said her son lettered in track and basketball and graduated in the Haines High Class of 1991.

After serving on a church mission in Utah, Lawson moved to the Minot area, working on ranches and farms. He enlisted in the Army National Guard and served 32 years in the military, including active duty in Iraq from 2003-05 in the 141st Engineer Battalion. He was awarded a Bronze Star medal in 2005.

After Iraq, Lawson returned to Alaska, serving as a state trooper in Wasilla and Kenai from 2006-2014.

Returning with his family to North Dakota, Lawson worked five years as an oil industry field supervisor for Baker Hughes Company. In 2019, he was hired as a supervisor at Aggregate Construction, a position he held at the time of his death.

Sanderson said his son's inclination was to fit in but he landed supervisory jobs because he had a way with people. In the Army, he achieved the rank of master sergeant.

A funeral was held Dec. 2 at The Church of the Latter-Day Saints in Minot. Burial was at Velva Cemetery in Velva, N.D.