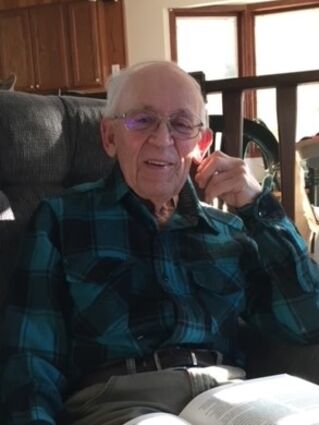 Glen was born August 4, 1930 at home in Juneau, Alaska to Max and Ella Mielke, joining three older brothers. He grew up in the Mendenhall Valley area, spending most of his time growing up exploring the creeks and forests. In his teen years he helped his father on trail crews clearing trails for the U.S. Forest Service in Southeast Alaska. His mother was the camp cook for the group. Later, the family built two cabins on Admiralty Island that are still enjoyed by family members. He claimed he was not a good student because he would toss his books in the corner when he got home and grab his fishing pole. He has always loved being outside, even in his final days he wanted a window open so he could feel the fresh breeze. He graduated from Juneau High School. Glen met his future wife Delia Marlene Estrada (a graduate of Douglas High School) on the Juneau-Douglas bridge and they married on May 29, 1954. Together they raised four children. He moved to Haines in 2004. Glen worked various jobs through the course of his life, the longest being with Pacific Northwest Airlines and Western Air lines (18 years) and commercial fishing on his trollers F/V Her Highness and the F/V Tarka (20 years). Glen was very proud to be a life-long Alaskan and was a robust outdoorsman. Hunting, fishing, and berry picking stories were in abundance and spoke to a life that enjoyed this great land. In his later years Glen also enjoyed gardening and playing crib, which he played until his final days.

Glen loved his family immensely, cherished old and new friends and had a positive "can do'' attitude that was often filled with plans for each new day. This is what carried him through difficult times and made him our shining example on how to keep a positive outlook.

Glen was a U.S. Army veteran, serving in Anchorage, Alaska from February 8, 1951 to February 7, 1953 and was honorably discharged.