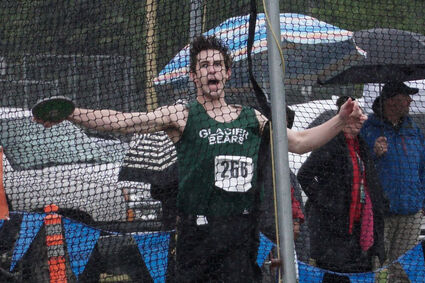 Eric Gillham and Haley Boron earned first place at the state track championship in Anchorage last weekend. Gillham won in the discus and Boron won in the shot put.

The Haines track and field team won nine medals at the Alaska state meet in Anchorage on May 28 and 29. Sophomore Eric Gillham and senior Haley Boron earned first-place medals. Both athletes were given the honor of running 50 meters while waving the Alaska flag.

Gillham won in the discus competition with a throw of 124 feet. "When I had officially won state, I actually thought I was dreaming. It didn't seem real at all," said Gillham. "Up until my final throw, I was just looking at it as another meet. Then it hit me, 'I'm about to win state.' I walked into the ring on my final throw and I thought my chest was going to explode. It still doesn't feel very real. I'm going to give most of the credit to my coaches: Jim Stanford, Tyrell Horton, and Greg Brittenham. Without them, I wouldn't have even made it to state. They really helped me with my technique and how to approach each meet with the right mentality."

Boron won the shot put with a throw of 30'11.5". This was the first time Boron had thrown more than 30 feet. She placed second in the discus with a throw of 92'6," and placed fourth in the 100-meter dash. Boron was in the second seed behind Kenai Central High School's Denali Bernard, a position she thought she'd remain in.

"I was focusing on getting second," Boron said. "After our first throws we were a quarter inch apart. From there I knew it was going to be a battle for the first place spot."

Boron beat Bernarn in her final throw of the meet.

"I just turned to my team who was watching and I was like, 'I just won state.' It was the most incredible feeling," Boron said. "I definitely didn't expect that."

Junior Avery Williamson placed second in the 300-meter hurdles with a time of 51.26 seconds. Sophomore Grace Long placed second in the long jump with a distance of 15'3.75". This was the first time Long had jumped in the 15s. The third-place athlete was nine inches behind Long. 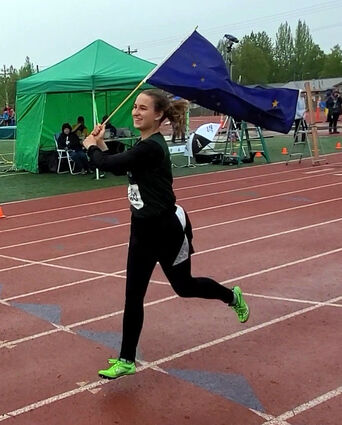 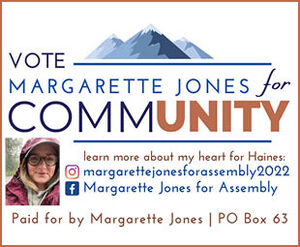