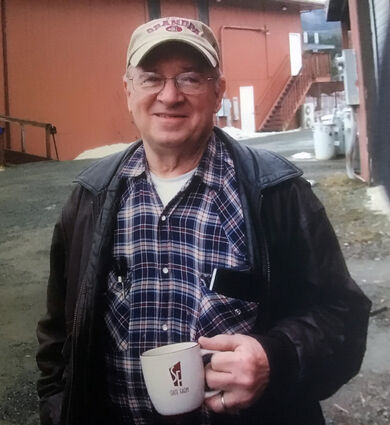 There will be a celebration of electrician Marvin Leak's life at 2 p.m. on June 27 at New Hope Fellowship on Mosquito Lake Road. Leak died suddenly at his Covenant Life Center home on April 27. He was 85. Beverly Leak said her husband embraced her as they prepared breakfast saying, "Why don't we stay like this through eternity?" and collapsed. "It was as if Marvin and the Lord had a little talk and planned it," she said.

A gentle man with a kind smile and southern drawl, Leak was an electrical administrator and a licensed electrician. He mentored electrician Sonny Myers for decades. Myers and Leak also shared a birthday with the late electrician Erwin Hertz and for years the trio celebrated together with a breakfast at the bakery. "Marvin was very humble and he was very smart," Myers said.

After moving to the Christian farm community at 26 Mile in 1984, Leak installed wiring and converted propane lighting to electricity. He wired local homes and businesses, as well as the last large sawmill to operate in Haines. Leak was instrumental in tying the Chilkoot Lumber mill's power to the town plant. When the same mill shut down, Leak and Meyers were the last to leave. Leak never forgot the moment they cut the power and closed the door on a chapter in Haines' history, Beverly said.

When Tlingit & Haida Central Council began the electrification of the highway corridor from 18 Mile to the border, they chose Leak to supervise the project and maintain the system. The grid was extended to 8 Mile and the utility was taken over by the Inside Passage Electric Cooperative before Leak retired from IPEC in 2008.

Highway resident Tom Binder said he was proud to be Leak's friend. He said everywhere they went people were happy to see Leak and that "Marvin loved Alaska, and he appreciated everything good, the small things, and was thankful. He made me see life differently."

Marvin Leak was born Aug. 3, 1934 to electrician James Grover Leak and Alma (Nored) Leak in the cotton mill town of Riverview, Alabama. His father was killed in a construction accident when he was 4 years old, and his mother worked in a towel mill. His childhood home was six doors down from Beverly's. "I remember him pulling my pigtails on the school bus," she said.

Leak graduated from Valley Vocational High School in 1952. He served in the Coast Guard for four years during the Korean War, primarily off the coast of North Carolina. Afterward he began attending Auburn University. He married Beverly (Williams), by then a nurse, in 1958. He earned his electrical engineering degree in 1966. They had two daughters when he graduated. Two more followed. They moved to Miami where Leak worked at Florida Power and Light.

When the opportunity came to create a small Christian community in Alaska, Leak took it. "Marvin never looked back," Beverly said. In 1975 the Leaks and 15 others moved from the Deep South to the far north, and built Sapa Christian Center not far from Valdez. Leak helped build cabins, garden, and installed the only non-kerosene lighting. Nine years later when the Covenant Life Center was established, Leak moved to Haines to help.

Although he liked jigsaw puzzles and Sudoku, Leak preferred to be useful, his family said. He passed his skills on to his daughters, "He taught me how to fix cars and any kind of appliances," Florann Leak said. When neighbors were stuck sideways on an icy road or a dishwasher was broken, he always came to the rescue, she said.

"Marvin was a great guy," Myers said. "He will be missed."

In addition to Beverly Leak, he leaves behind daughters Nancy (Tyler) Womack and Martha (Daniel) Palicka of Juneau, Frances "Florann" Leak of Haines, and grandsons TJ, Brody and Logan Womack of Juneau. His oldest daughter, Louetta Leak, precedes him in death.

Donations in Leak's memory may be made to the Alaska Fisher House at 4943 Zeamer Ave. JBER, AK 99506. Fisher House is a free place to stay for military and veteran families during a time of unexpected medical need. Beverly lived there for two months while Marvin recovered from hip surgery and said she is forever grateful.