This week in history 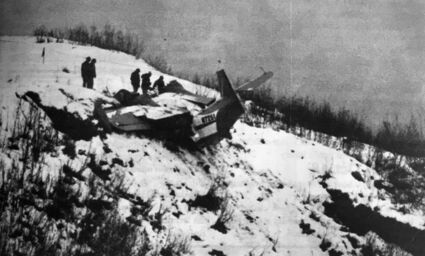 U.S. and Canadian investigators examine wreckage of a twin-engine, amphibious plane that crashed Tuesday evening. The plane was owned by the state Department of Public Safety and carried two Juneau-based state employees, who were killed in the accident near Seltat Creek.

Willard "Moose" Sele became the mayor of Haines for the next year after 61 people wrote in his name for the job for which no one had filed prior to the deadline.

Incumbent councilman Henry Hartmann was re-elected for a three-year...