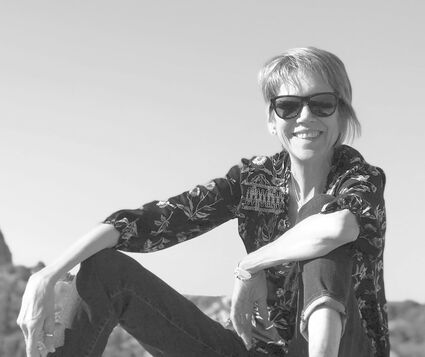 A tribute from her children:

To anyone who knew our mom, you know she was a special kind of person. She never had anything negative to say about anyone, she only knew how to lift someone up, and she gave the greatest advice. Her laughter and her smile would light up a room with no effort at all.

She loved her three children fiercely and we were her world. She had a love for cooking and her two cats, Chester and Peanut.

Monica was the kind of person who would support you in any decision you made. Once you told her even a simple idea you had, she would immediately start researching it and find a million different paths to get you there.

She was so proud of the people she surrounded herself with. You would never underestimate her love for you, as she would not only remind you of it, but tell her friends every chance she could.

Rest easy to the woman who taught us all the power of being selfless. A veteran, a daughter, a sister, a friend, and above all - a loving mother. You're up there with Grandpa John.

Monica Anne Tompkins-Mugrage was born in Juneau Alaska, December 23, 1963. She attended grades K – 12 in Haines and stayed a couple of years after she graduated before enlisting in the US Army in 1985.

She served until 1991 and settled in the Stanwood/Arlington Washington area. She is survived by her three children, Jackiee Michelle, Kristoffer Ryan and Nicol Riley. Her children were her pride and joy. She would love to share with you what they were up to and their accomplishments. Monica was a very proud mother.

Sadly, Monica passed away in her sleep on January 6, 2019. We will miss her very much.

Her father, John Tompkins, preceded her in death in 1989. Monica is survived by her children, her mother Marianne Tompkins, siblings Inez Gross (Dave), Karl Tompkins (Anita), and Aliza Tompkins, and nieces and nephews.

Monica's Celebration of Life will be at the American Legion on Sunday, Jan. 27 at 4 p.m. Please bring a dish to share.